Why a Veggie Pride?

Each year, our societies exploit and kill hundreds of billions of animals. These slaughters happen for unnecessary reasons, in order to get dispensable food and materials. By acting against other animals like that, we attack their fundamental interest to enjoy their life without suffering.
Until recently, our societies were engaged in this violent exploitation without questioning themselves. The prevailing ideology justified disregarding non-human sentient beings. This ideology is called “speciesism”. Like other ideologies based on disdain and domination, speciesism relies on falsehood, omission, denial and violence.
These days, the speciesist order crumbles. Its very existence is called into question and attacked.
We now acknowledge that other animals have mental abilities that have been denied them in the past. We feel and understand that they are closer to “us”, humans, whereas we claimed only a few years ago that we were radically different.
Above all, we take into consideration what they feel and experience. Their lives and deaths are critical and essential to them, and thus critical and essential in themselves. Just like ours, and for the same reasons.
We know now that there is no valid justification for denying that what they feel matter as much as what we, humans, feel. More and more of us turn away from this exploitation and think that their fundamental interests deserve the same consideration as ours.
The very trivial act of eating sentient beings flies in the face of their interest to live without suffering and reflects that in this speciesist order, we are the masters and they are the slaves. When one refuses to eat flesh, one strongly breaks with the speciesist order. By going vegan, we implicitly claim that other animals matter, enough for us to stop taking part in their exploitation.
Individuals who turn away from speciesism and reject the consumption of sentient beings’ corpses have to face hostile reactions. Vegephobia, for instance: contemptuous attacks and mockeries aiming at discouraging conscientious objectors from persevering in their insubordination, or at silencing them or destroying their credibility. A lot of people are thus deterred from becoming vegetarians, let alone vegans, or even from claiming explicitly that they refuse to contribute to the slaughter of animals. But this vegephobia too is progressively undermined.
We are growing in numbers, and we dare to speak our minds about what we think and what we want. This speciesist order is unjustifiable, has done more harm than any other historical catastrophe and must be put down. Animal farming, breeding, fishing, hunting, as well as the sale and use of animal products must be banned.
Our societies are based on human domination, on the world and on the other sentient beings. We reject this barbaric order and claim that our civilization will change: we will keep the best it has to offer in order to create a better society based on moral, justice, kindness, sharing and equality.
A new world is possible: it’s underway!

What is the Veggie Pride?

The Veggie Pride is a peaceful and legal march whose purpose is to express publicly the existence of those who refuse to eat animals and their solidarity with the victims of animal exploitation, of slaughter and fishing.
Hundreds of people come to state that they don’t eat animals, out of respect, and they want society to rethink flesh consumption and unnecessary harm done to animals.
From 2001 to 2012, the march took place in France (Paris, Lyon and Marseille), bringing together French and Italian participants.
In 2008, a march took place in Italy (Milan).
The first international Veggie Pride took place in Switzerland (Geneva) in 2013, bringing together more than 1000 people. It placed an emphasis on the demands concerning the abolition of meat.
Since 2014, the march takes place in Paris for an annual gathering of about 1000 people.
In 2017, the Veggie Pride will express its opposition to speciesism, to vegephobia and to the exploitation of animals, while focusing on gallinaceous : chickens, turkeys, guinea fowl, quails…

Saturday, September 22nd, 2018
A vegan village, which will be the starting and ending point of the Veggie Pride march (to show our solidarity with animals), will be held on Saturday. An evening event will take place afterwards at the Gibus Club (see below).

Sunday, September 23rd, 2018
Several talks will be given on the topic of antispeciesism at Salle Jean Dame. Stay tuned!

Carnival of the Animals : Militant March
This year marks the 18 th edition of the Veggie Pride – Festival for Antispeciesism, in solidarity with animals.
► Let’s get together and show that many of us don’t accept animal consumption or
exploitation
► Let’s oppose speciesism, to which animals fall victims
► Let’s profess our ethical way of life and refuse stigmatization

The March will take the form of an energetic parade representing the animals and their voices.
The pace of the parade will be set by a batucada, which will open the March. Then, slogans will be chanted by the crowd, and giant animals will march along. Everyone is welcome to bring their own placards to oppose speciesism or to advocate a vegan diet. Such placards will also be available at the Veggie Pride booth.
Like every year, we’d like to remind everyone to express themselves on their own behalf, and not on the behalf of an association or an organization (no flag or banner from any association, etc.).
The March will start at 14h30. Route is to be announced. 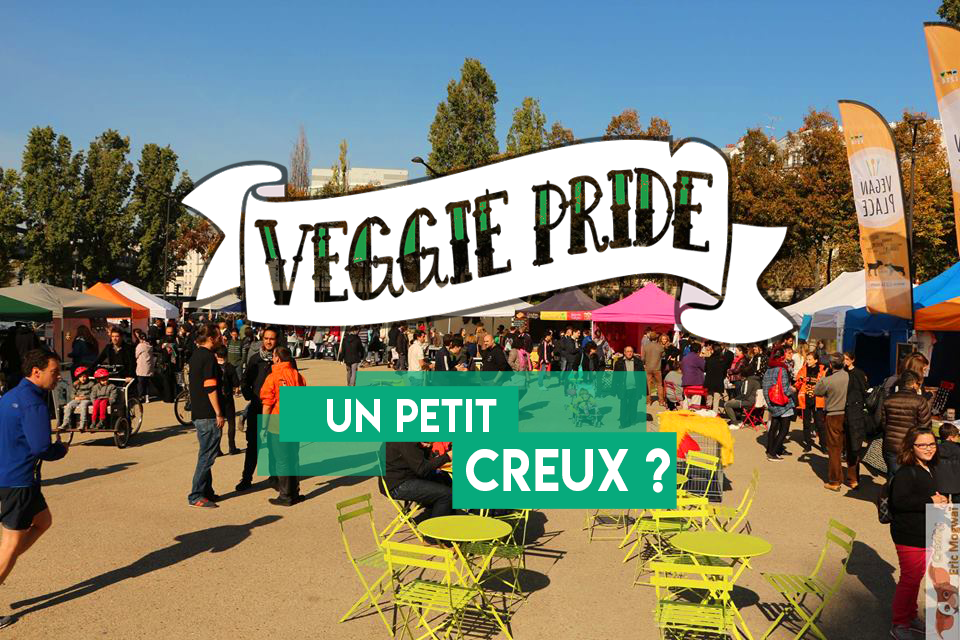 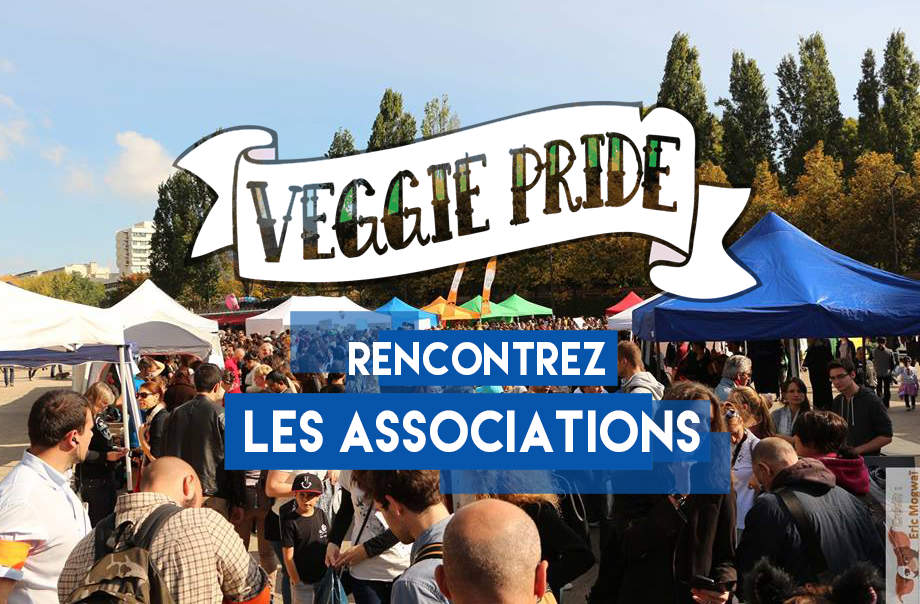 The Vegan Village will bring together many associations advocating for the protection of animals, vegan shops, 100% cruelty-free and 100% delicious food, educational animations (for kids in particular), books, cosmetics…

We’re pleased to have so many exhibitors attending the Veggie Pride: you can find more here or on our facebook page.

Oiseaux de nuit: Evening Event
> The event on facebook <
This year, the restaurant Bibi Baba invites us to an evening event taking place in Le Génie d’Alex, between 19h-1h.
This will be a chance for militants and Veggie Pride participants to relax, meet other people, organize themselves and look ahead towards a fairer world, an antispeciesist and vegan world.
Admission will be free, but you can help the Veggie Pride by putting a little something in our nice donation box 🙂

The talended Syrian chef, Emad Shoshara, and his team will offer you a delicious vegan meal. You can also enjoy a bar (including vegan wine and beers).
Two talented DJs will have the floor during the evening! Come and bring your friends, and enjoy!